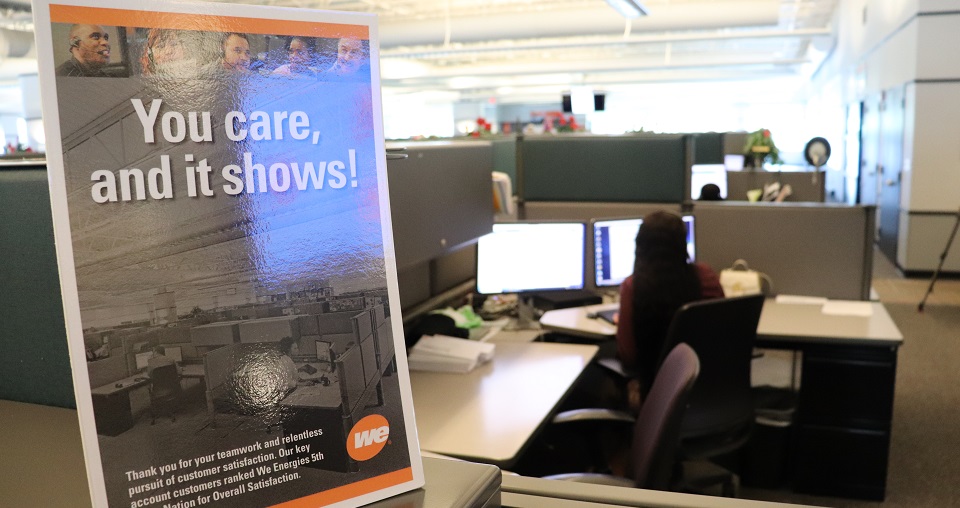 On Sept. 11, 2001, as tragedy unfolded in New York, Washington, D.C., and Pennsylvania, phone calls started coming into the We Energies call center in Pewaukee.

We Energies was asked by federal officials to take calls from people seeking information about loved ones who were injured, killed or missing during the terrorist attacks. Twenty years later, some of the people who took those calls agreed to talk about their experiences.

Bill Mastoris was operations director of the call center in 2001, he helped set up the emergency response.

“I think most of the emotions that people had were anger and frustration. I think the opportunity to do something like this is really a relief for a lot of people. They felt that they could help and do something to make the situation better when I think most people didn’t have that opportunity,” Mastoris said.

More than 700 employees from across the company volunteered to take calls, most working after ending their regular workday. Tracie Kuehl took more than 300 calls that week, and one stands out.

“So I asked this woman who is calling about her husband what he might be wearing. She said, he takes the train at 4 a.m. and he gets dressed in the dark. So I never see what he’s wearing. She said the only thing I know that he is wearing is a gold band,” Kuehl remembered.

Each year, employees mark Sept. 11 with moments of silence and thoughtful reflection. Two decades later, they look back and are proud of the small, but important role they played in helping America through one of its darkest times.

Ken Steinbach was responsible for training the hundreds of volunteers who showed up to help.

“I think it was just a tribute to how We Energies is and how we are with our community and doing things to help people out. I think that’s just what we do,” said Steinbach.

The Milwaukee Journal Sentinel and WITI-TV featured special stories on the We Energies employees who helped on 9/11.

We Energies played a key role in helping people who called a hotline on 9/11 — helping those people find loved ones who were suddenly missing following the terror attacks. https://t.co/RARXZ1OZdu