They grow up so quickly! We Energies and Wisconsin Public Service (WPS) are wrapping up a milestone year for their popular peregrine falcon program. People around the world tuned in to the live web cameras to watch these endangered birds hatch and grow up.

This year marks 30 years since the first captive-bred peregrine falcons were released from a We Energies or WPS power plant. To celebrate the 30-year anniversary, thousands of customers voted to name this year’s chicks after the best of 1992.

So far, 12 chicks have hatched and 10 have been given identification bands. Here are the facts about this year’s falcon families:

Proud parents Michael and Essity welcomed four chicks this year. This is their third year nesting together. Mae, pictured below, is We Energies and WPS’ 400th chick born in Wisconsin. 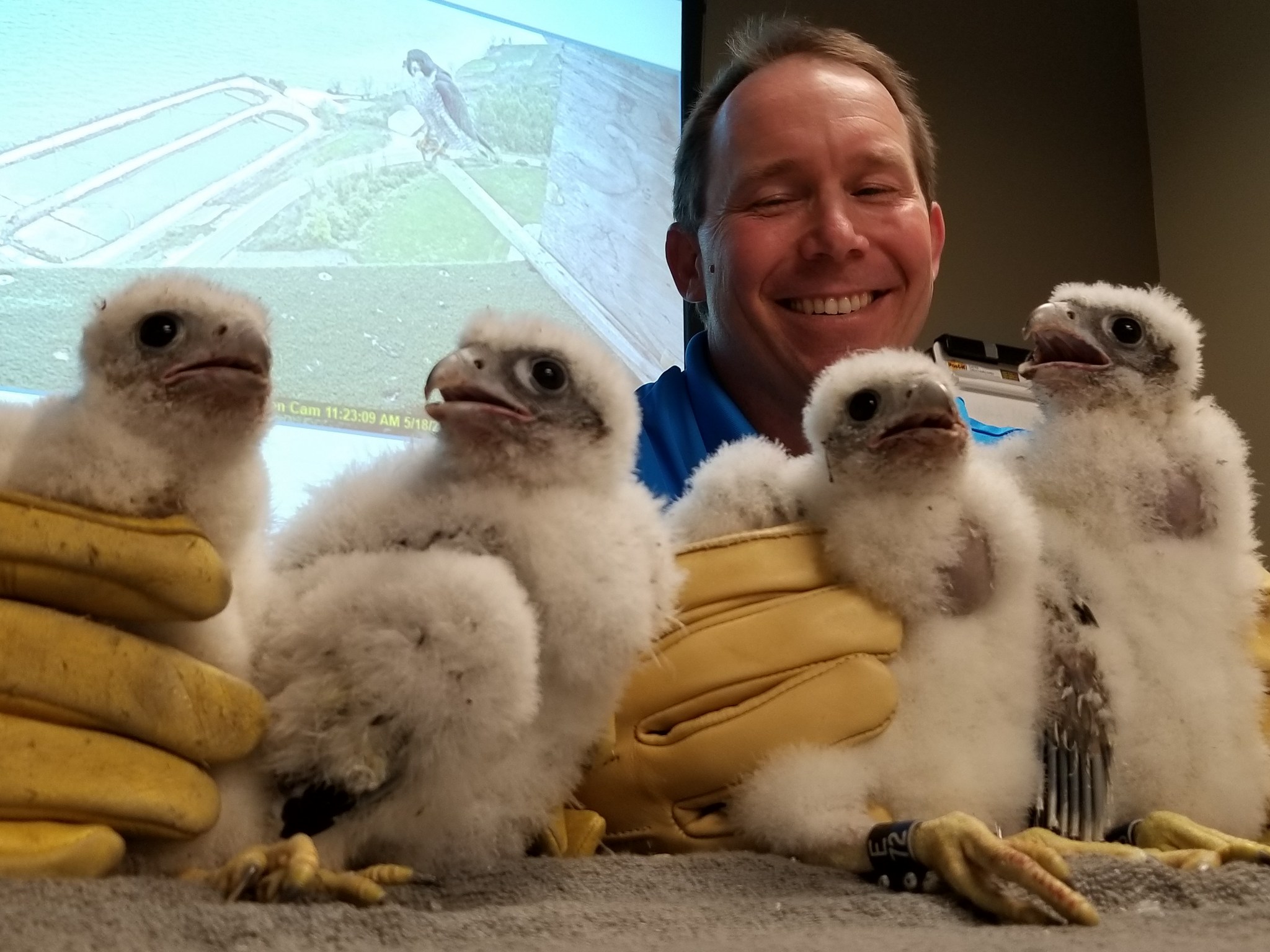 Brinn and Beasley celebrated their sixth anniversary together at the Port Washington nest box this year. They also welcomed four chicks. 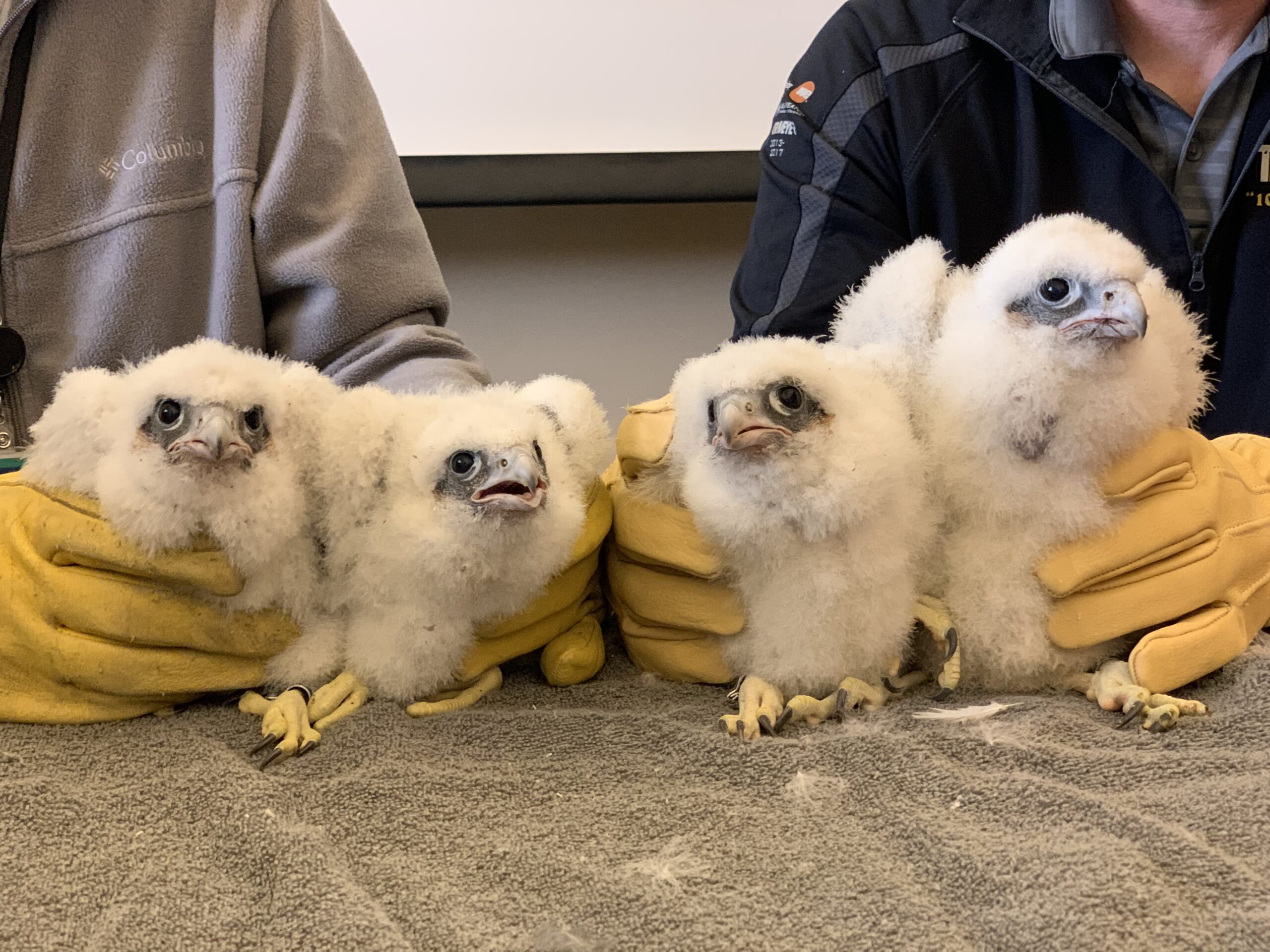 Hercules and an unbanded female welcomed two chicks this year. The company’s peregrine falcon manager believes this pair has been nesting together in Milwaukee for nine years. 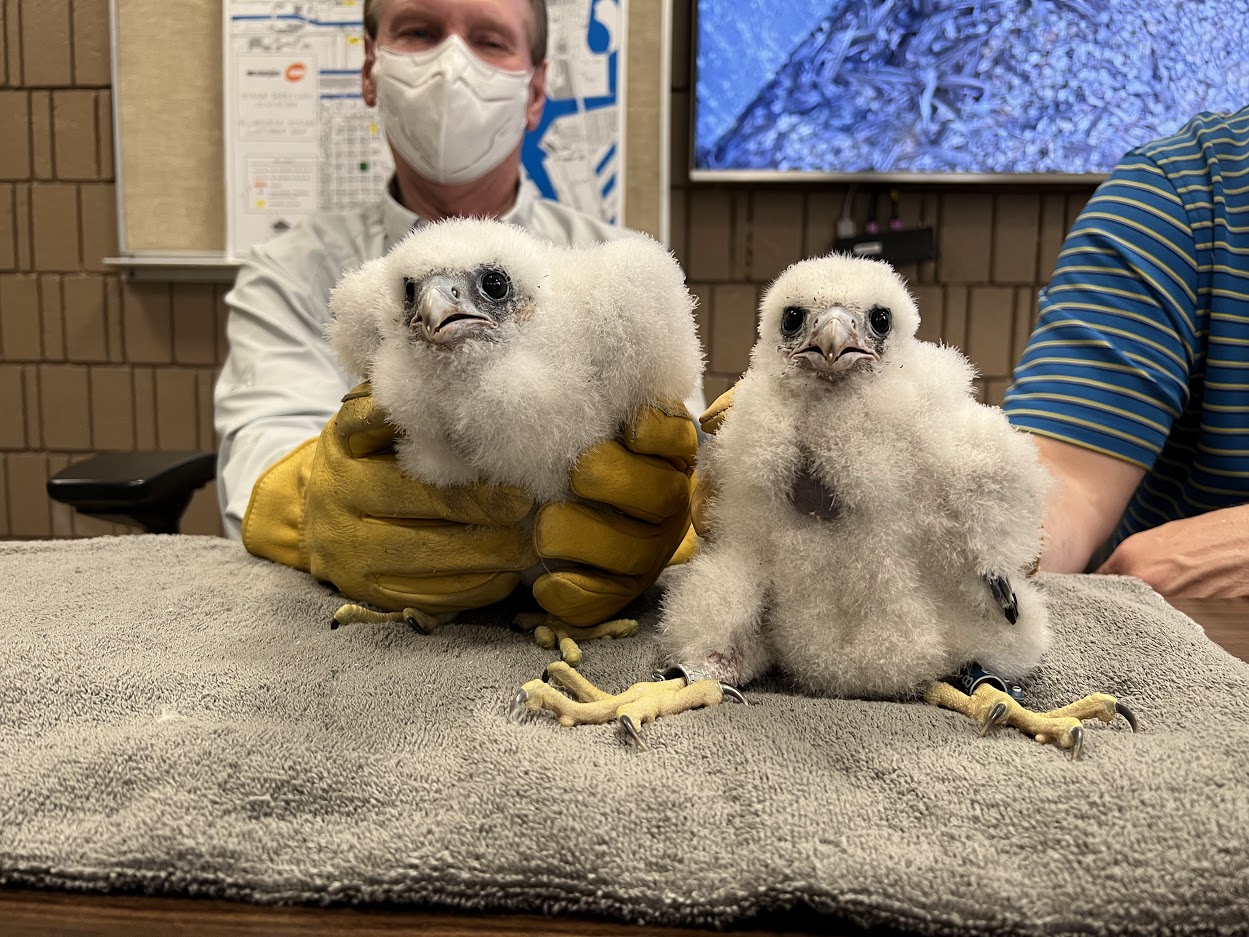 Sheldon and an unbanded female are caring for two chicks so far this year. This is Sheldon’s seventh year nesting at the Weston Power Plant, and the first for the unbanded female.

The pair’s first chick hatched Thursday, June 2, becoming the 40th chick to have hatched inside the Weston Power Plant nest box. The chicks will receive their names and identification bands later this month. 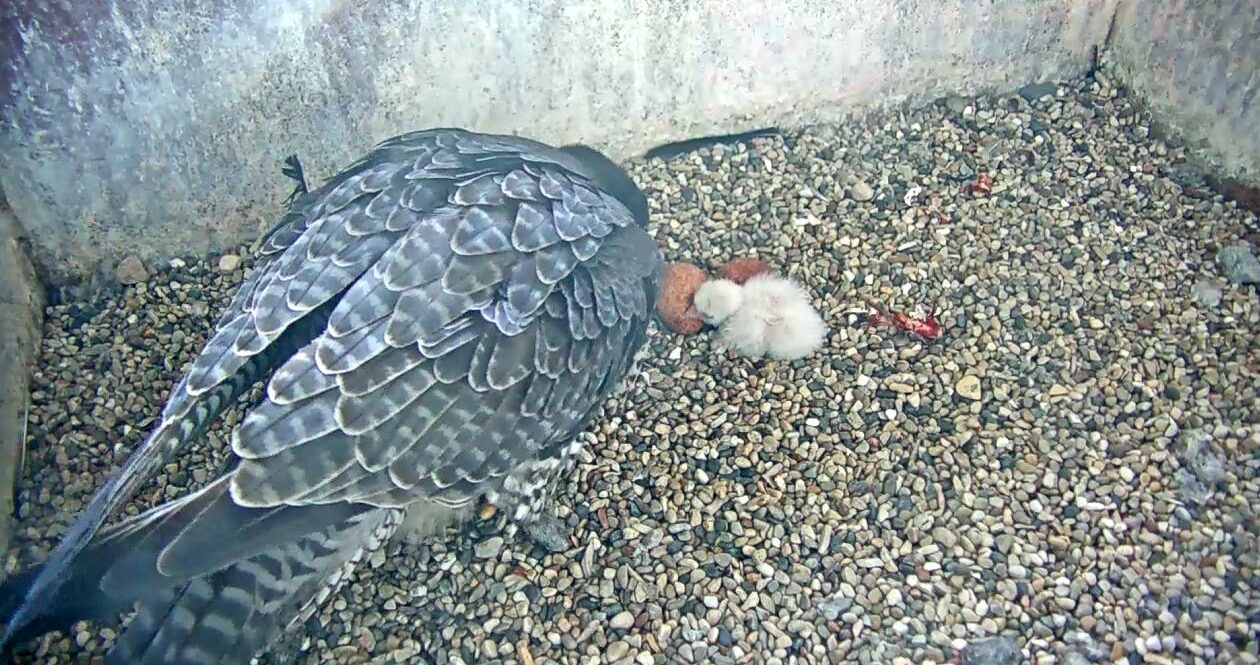 In the meantime, the chicks in southeast Wisconsin have already started to leave the nest, so be sure to tune in to the live nest box cameras before they say goodbye!

A crucial step in We Energies and WPS’ peregrine falcon recovery efforts is banding the chicks each year. The companies’ peregrine falcon manager places small metal bands on the chicks when they’re about three weeks old. The bands allow people to identify the falcon by the combination of colors, letters and numbers. Birdwatchers can then contact the falcon manager and let him know they’ve spotted one of the peregrines in the wild.

This program is another way We Energies and WPS are building a bright, sustainable future. From helping endangered animals and restoring natural habitats, to building new solar facilities and reducing carbon emissions, we are committed to a cleaner future.